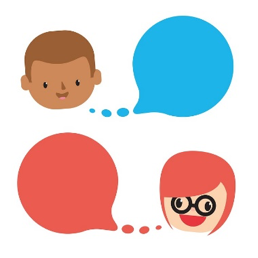 Should you worry about language mixing? [Season 1, Episode 4]

For many bilingual families, mixing languages is quite normal. Children may start a sentence in one language and end it with the other. They sometimes throw in words from the other language in what is otherwise a monolingual conversation.  For many parents, this is often cause for concern. It might be a sign that their child can’t speak either language well, or that they’re confused. In this episode of Kletsheads, we find out whether these concerns are justified. Children aren’t the only ones mix. Parents who speak more than one language do this, too. And this is also something which parents often worry about. Will it have a negative effect on your child’s language development? Can you better avoid mixing altogether? Together with Professor Elma Blom of Utrecht University (The Netherlands), we discuss the reasons why children mix their two languages, and what we know about the impact of parental mixing on children’s development in their two (or more) languages. We learn that language mixing is completely normal, and based on the available research, there’s no real reason to worry about it, either when your child does it or you do it yourself as a parent.

And there’s a bit of a Canadian theme in this episode! Our Kletshead of the week is thirty-something Christi from Ontario, Canada. She grew up bilingually with German and Spanish, but now considers English her dominant language. And in Let’s Klets, we stay in Canada to speak to Dutch-speaking mum, Liz, (pictured above) about her hopes and concerns about the future of her bilingual toddler.