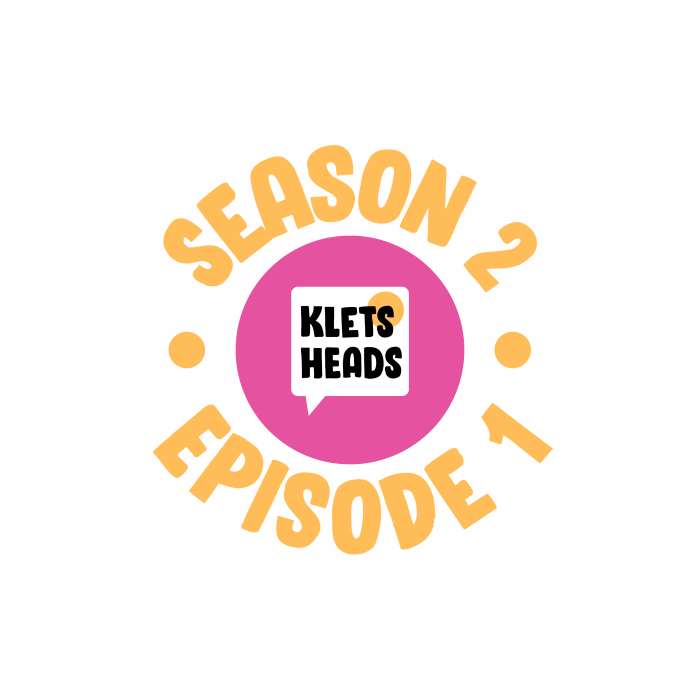 Children start talking when they are around one year old. However, we know from research that they are already working on language before that. In this episode, we learn what exactly babies know about language. And we hear about the ingenious ways scientists have developed to figure this out. For example, they measure how fast babies suck on a fake teat, or measure the activity in their brains.

Bilingual babies by definition hear more than one language while in their cradle. How do they keep their two languages apart? How do they know which combination of sounds belong together and in which language? How do they learn their first words? These are all questions we discuss in this episode of Kletsheads. We do this together with Krista Byers-Heinlein from Concordia University in Canada.

We learn that bilingual babies can hear differences between all kinds of languages, and just like monolingual babies, they start to zoom in on the sounds of the languages they hear around them in the first 12 months. Babies use the rhythm of language to distinguish different languages. In the podcast you will hear three languages, German, Spanish and Japanese. All three have a different rhythm. The pieces in the podcast were all from adults reading children’s books.

Importantly, keeping the two languages separate by having each parent only speak one language only does not appear to be necessary for babies to keep their languages apart. As Krista put it, mixing your languages won’t mix up your babies.

We also hear about bilingual babies learning languages which are similar to each other, and about differences between bilingual and monolingual babies when it comes to their flexibility in learning new rules that don’t have anything to do with language: bilingual babies adapt to the environment they’re growing up in and this can have consequences for how they learn such rules.

In the first edition of our new feature, Kletsheads Quick and Easy (starts at 25:35), I encourage you to give your bilingual child a compliment about their bilingualism. Compliments make a child feel valued, it boosts their self-esteem, and gives them self-confidence. It is also a way of recognising that speaking two or more languages is not always easy, and that it can sometimes take extra effort.

Krista Byers-Heinlein is Research Chair in Bilingualism and Open Science in the Department of Psychology at Concordia University in Montreal, Canada. In her lab, she researches studies how bilingualism in the infant and preschool years affects children’s language, social, and cognitive development. She has published widely on these topics and regularly communicates her findings to a broader audience in talks and appearances on podcasts such as this one. You can read about her research here.